While I was reading about random things related to the Star Control universe, I remembered some drawings I made on the computer of things from Star Control.  A light bulb turned on in my mind and I realized that I still had the hard drive which may have the images in questions.  I connected the hard drive to my computer, right-clicked the drive and I searched for “paper”.  After a few seconds, I found the Star Control pictures that I drew.  Here’s how it all started (even though I never finished)…

Two years ago, there was a popular thread on the official UQM forums titled “Graphic Enhancement Thread”.  Artists would enlarge the small bitmap images of ships, then redraw them at higher resolutions with more details.  These images weren’t actually planned to be in any future versions of The Ur-Quan Masters.  However, it was nice to see some fan art and so far, they have done a spectacular job.  With all the ships in Star Control, there’s still a few ships that haven’t been graphically enhanced yet.  Here’s an example of their work: 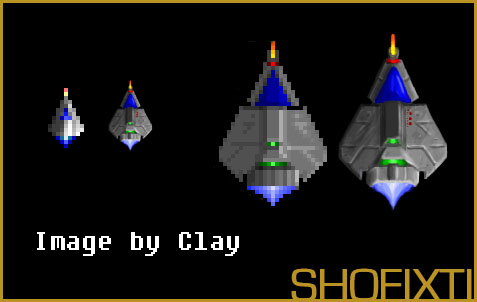 There's more pictures like that in the thread and I think fan art is a great way of showing love and appreciation for a franchise and makes the fan base much stronger.

I really wanted to create something like that, but I have no artistic experience whatsoever.  All I can do is trace, doodle and color in simple shapes with pencil crayons.  Around this time, I was playing Super Paper Mario on my Nintendo Wii and I loved the 2D objects with the cartoonish 2D details.  Most of the characters and objects were a bunch of shapes stuck together, and I was confident enough that I could replicate the same effect with a free vector drawing program.  Unfortunately, I was so busy with college and work that I only finished 2 ships, a planet, and a simple cartoon sketch of Commander Hayes: 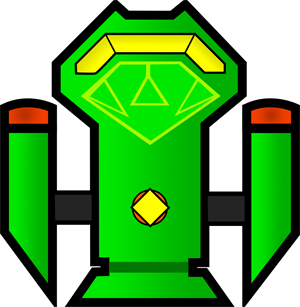 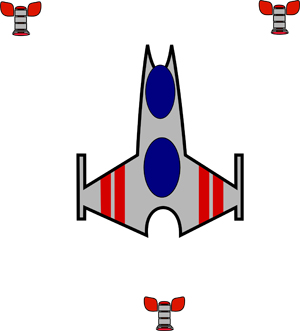 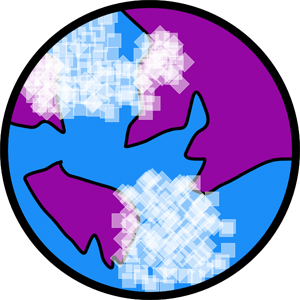 As you can see, the style does have a slight resemblance to the Paper Mario art style.  For the Dreadnought and Avatar ships, I enlarged the pixel images, traced over them with vector lines, then I simply colored them in and I used Photoshop to create the nice gradient effect for the Dreadnought.  I wanted redraw every ship and make a new thread about it, but I never had enough personal time to finish what I started, so I was left with the above images.

In summary, the Graphic Enhancement Thread has since been buried by the newer posts on the forum and it is really worth checking out if anyone is interesting in seeing really cool remakes of the Star Control ships.  They are so awesome that they even inspired me to create my own versions of ships, Commander Hayes and a planet.  I hope you like what I came up with at the time and I like how they turned out despite my artistic limits. :D