I’ve been reading a bunch of articles about Spore and I noticed that there are a bunch that mention Star Control because of its space stage.  The space stage involves creating a ship, exploring various regions of the galaxy, forming alliances and making new enemies.

Some loyal fans have taken the time to create alien races from Star Control, make them in the Spore Creature Creator and upload a video of it on YouTube.

Here are some quotes I found while reading about Spore:

"Its main phase, the space age, is just a modern (and to a large extent, mediocre) version of old classics like Starflight, Star Control 2 or Alien Legacy."

"Spore's fifth phase borrows heavily from games like Star Control 2 ‐‐ which is still better in various aspects like diplomacy, fitting out your spaceship and a good mix of story line and free exploration. We suggest you look out for the still maintained open source version, 'The Ur‐Quan Masters'."
‐ Jörg Langer, "Spore reviewed", GamersGlobal.com

"Starting as a cell, we watched as a meteor crashed into our randomly generated land and we emerged.  We were cute, a little blue with a beak and some little tentacles.  The perspective is top down and, in our mind, we reminisced about Star Control before moving on."
‐ Scoop, "Live from E3", UGO.com

"It has the 'just‐one‐more' aspect more fiercely than any other game I've played. More than Star Control, more than Sim City, and even more than Civilization."
‐ Lawrence Sonntag, "Review ‐ Spore (PC ‐ Windows)", GamersAreFun.com 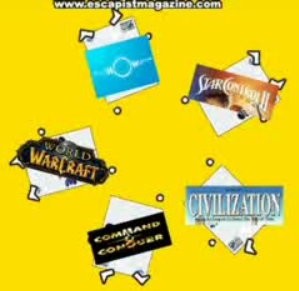 "The chief failing of Spore is that it's trying to be five games, each one a shallow and cutdown equivalent of another game..."
‐ Ben "Yahtzee" Croshaw, "Zero Punctuation: Spore", EscapistMagazine.com

What all these quotes have in common is that the space stage reminded them of Star Control II, and it does not make Spore any better than it.  Spore is a good simulation game and Star Control II still stands on its own as an amazing action adventure game.  This is an example that no game has been made that can replace the Star Control universe established by Toys for Bob.