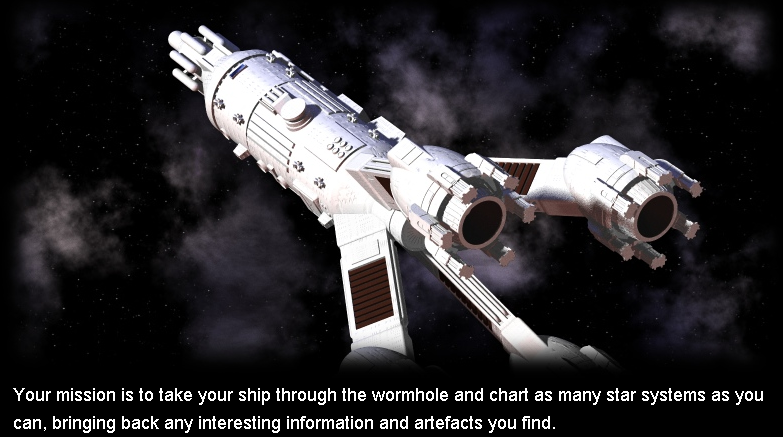 I was reading about some game projects online, when I came across a game with a description that caught my attention:

"Space Exploration: Serpens Sector is a role-playing game based on classics like Starflight and Star Control. You are tasked with exploring the mysterious Serpens Sector after a long period of human absence. Each game has a different map and a different set of encounters, drawn from a large list. The base game will be free, and purchasable expansions will add further encounters for those who enjoy the game and want to see more."
- Metal Beetle, January 13, 2009 Press Release

Star Control and Starflight have a very interesting connection together.  The creator of Star Control (Paul Reiche) and the creator of Starflight (Greg Johnson) are friends.  Greg was involved in some of the design, graphics and artwork in the first Star Control.  He was also involved in Star Control II and provided the voice of the depressed Utwig.  In addition to Starflight, Greg is also well-known for the ToeJam & Earl series, an adventure game known for its funky music and randomly-generated levels.  I haven’t had the chance to play much of the Starflight games and I know that it also has a strong legacy like Star Control does.  The fact that the creator of Space Exploration mentioned these two games as influences really caught my attention and I love seeing that it has inspired people to create something new that they love.

Although it is still in the development stage, it is very playable and fun.  Space Exploration is a point-and-click adventure game where the starmap is randomly arranged each time.  This makes every gameplay experience different, and encourages the player to move to different planets each time to see what happens.

"The Serpens Sector is a remote region of space accessible by a wormhole near the Sol system.  It previously held several small human colonies, but in the Great Disconnect 200 years ago, all contact was lost.  The human space fleet has been busy trying to keep the peace after the catastrophe, so while individuals have visited the sector quite recently, no formal charting mission has been undertaken.  This is about to change"
- Space Exploration plot

The player is given 1000 units of fuel and 200 game days to explore the Serpens Sector and return to the wormhole.  Each move to different planets consumes fuel and the remaining days depending on its distance.  The remaining days will also diminish as the player spends more time on the planet searching for materials.  Some planets will have resources such as gold, fuel, weapons, people who are willing to join your crew and aid you and last but not least, enemies.

When a player reaches a planet with an enemy on it, he or she is given the option of fleeing or fighting.  The combat portion of the game is a turn-based, grid layout, where both opponents take a turn moving and attacking. 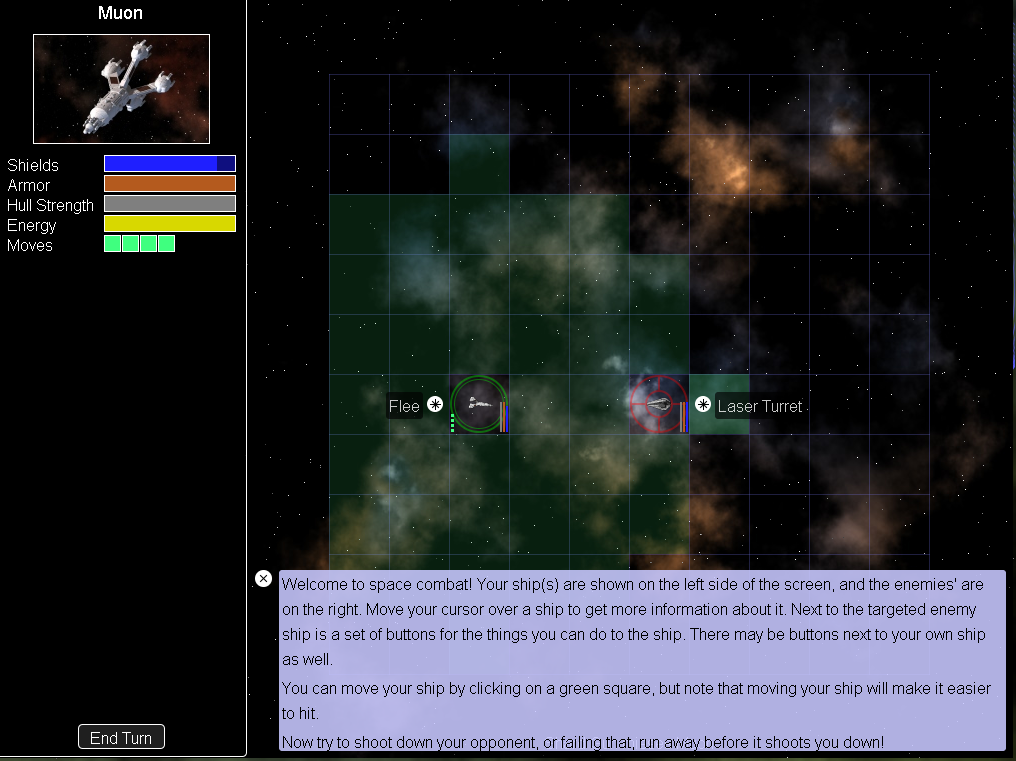 So, is Space Exploration: Serpens Sector worth checking out? Yes it is. Don’t expect it to replace Star Control or Starflight, or compete with them in any way. It certainly has a few influences from Star Control in the sense that the player must explore unknown space not knowing to expect and there is some resource management.   I haven’t had the chance to play it more thoroughly and with the time I have had to play it so far, it has a lot of potential.  It takes one of the many things that we love about Star Control and turns it into an interesting turn-based point-and-click game that we can appreciate without thinking about the word “ripoff”. Space Exploration creator David Stark, also has plans on creating expansions for this series for a price.  I’m not sure what to expect from these paid addons and I am glad that the standalone version is still free.  The free Serpens Sector standalone by itself has a lot of potential and is worth checking out.

It is available for Windows, Mac OS X and Linux.