The Hand From Star Control

Here is the box art for the PC Version of Star Control 1: 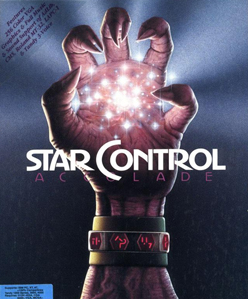 This is the box art for the Sega Genesis version: 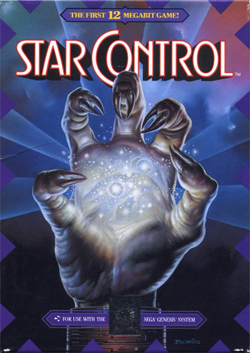 The box art for the Sega Genesis cover was done by Boris Vallejo. He is a very talented painter who is known for mixing themes of fantasy and erotica. His wife, Julie Bell is also a painter. They both work together on creating calendars that feature their work.

During the days of the Sega Genesis, Boris made artwork for other Genesis games which Accolade published under the title Ballistic.  In addition, he did artwork for Golden Axe II, Phantasy Star IV and Ecco the Dolphin.

"This was the box-cover for the Genesis version of Star Control I. As we were porting the PC version to the Genesis, Accolade came to us and said, "We got an artist to do the Genesis cover. What would you like him to do?" Not knowing (unless we were psychic) that it was Boris, we said, "Well, just have him make the claw cooler." And Accolade said, "Uh, Okay." It was only much later and to our dismay that we discovered the opportunity that had been lost."
- Fred Ford

Who knows what the cover would look like if they had been told that the artist was Boris? We’ll never know. Although the art was nice, it didn’t change the fact that the Genesis version has a very slow framerate with horrible audio making it inferior to the PC version. Also, anyone who bought the Genesis version had the opportunity to mail an order form to get a large poster of Boris Vallejo’s art; it is very rare to have.

I remember a long time ago, there was a painting in the gallery in the US Embassy in Tehran, Iran: 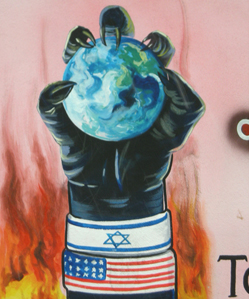 Then the Star Control box art was compared to a novel by L. Ron Hubbard: 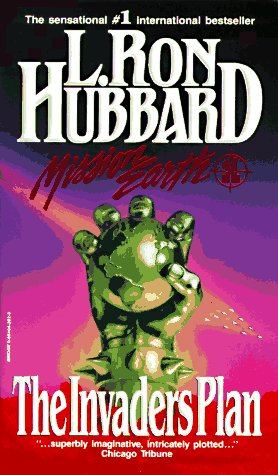 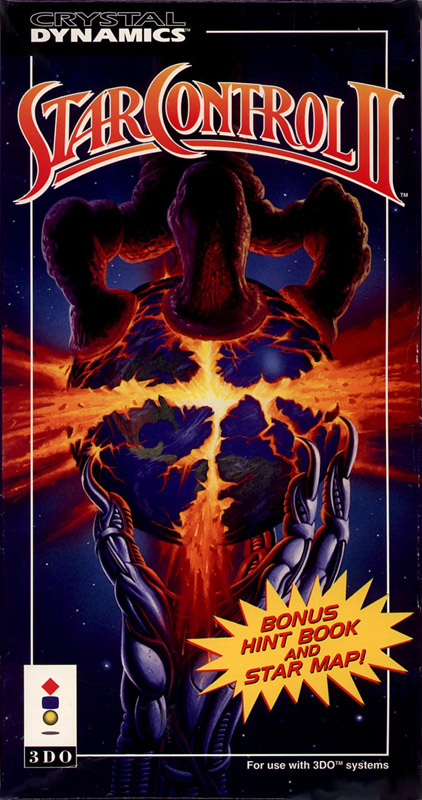 It’s still cool video game art work. It’s still a mystery what those aliens actually are. Even Star Trek shows aliens who are never discussed or explained, so it’s nothing new in the Science Fiction universe.  Wait a minute…

<LordR-man> Fwiffo- What really happened to the Androsynth in sc2?
<Fwiffo(PR3/FF)> In regards to the Androsynth: They were snagged by the entity who/which projected its fingers into our dimension (which looked to us as the Orz.)

23:55 <+Cap`n`Kyth> One thing I've wondered - is Orz the same as 'Them', or is Orz "competing" with 'Them' over the Androsynth (like food?), or protecting the Androsynth from 'Them' - by *pulling* the Androsynth away before 'They' can find the Androsynth again?
23:57 <+PR3> The Orz is part of Them, the projection of Them into TrueSpace.

I’m just making a very wild guess, but could those hands also be part of Them?  I could be wrong, because they said above that they “projected its fingers into our dimension (which looked to us as the Orz.)”.  It was worth thinking about.  The Androsynth homeworld was never torn apart and no bodies were found, so those fingers must have a different meaning.

Only the gods at TFB know and this can only be answered with a true sequel to Star Control II.  If only Activision would listen…