I remember a long time ago, I purchased a set of 6 promotional cards made by Ballistic, the name which Accolade used when publishing unlicensed Sega Genesis games.  Each card measured 3 3/8” x 5 1/2” and displayed the game’s title on an image painted by Boris Vallejo with the exception of The Duel: Test Drive II, which was blank red and had the text “Coming Soon!” on it.  I remembered this after I wrote my previous post about the hand in the Star Control box art.  On the back of each card had a description of the game.  Star Control was also included in these promotional cards, which I scanned for everyone to see: 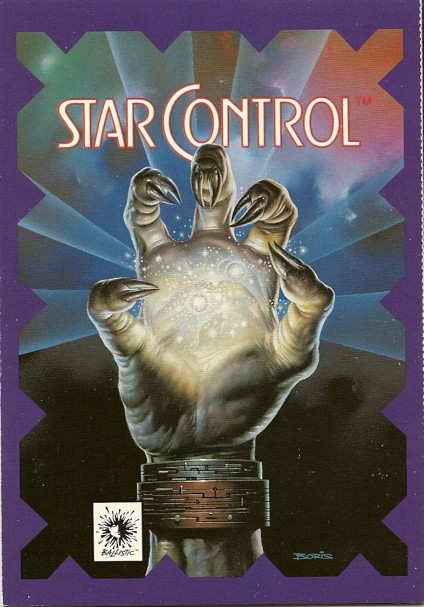 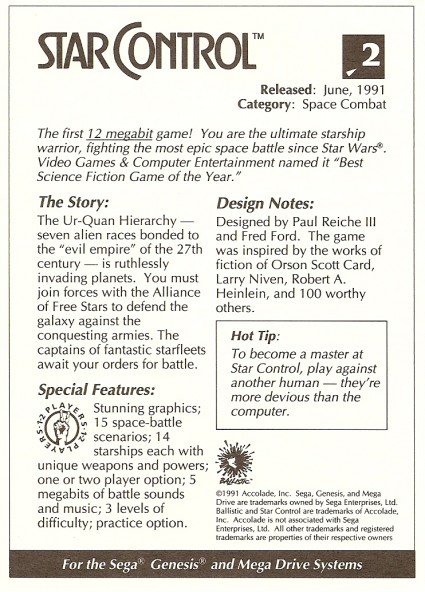 One of the things that interested me about the game’s description was some of things that inspired Star Control.  While it’s obvious that Star Control does have influences from other works, Accolade mentioned Orson Scott Card, Larry Niven and Robert A. Heinlein as some of the 100 worthy inspirations.  Personally, I don’t know much about these particular authors.  They are very popular Science Fiction authors and I haven’t read any of their books before.  Even though I am a Science Fiction fan, I just don’t read as many novels as I used to.

Anyways, check it out.  I’m not sure how many people have seen this before and I know it will be interesting to anyone who’s curious about what Accolade did to promote Star Control before their downfall.