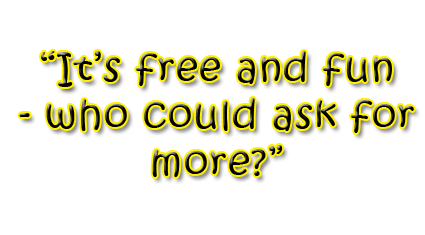 I was looking through a bunch of video game blog sites when I came across an article titled “Best Game Ever: Star Control II” from videolamer.com.  The article is written by someone who calls himself Golden Jew.  He is a fan of Warcraft 3, Warcraft 3: Defense Of The Ancients, World of Warcraft, Eve Online, Civilization 4, Alpha Centauri, Call of Duty 4, Rock Band, Final Fantasy, and Phantasy Star.

Videolamer is a blog that is dedicated to articles about obscure topics and other things that would differ from mainstream sites.

G.J. wrote about why he considers Star Control II the best game ever, discussing things such as the non-linear design so the player is never forced to do anything in a specific order.  G.J. briefly mentions the new NetPlay feature which allows 2 people to play against each other in Super Meelee over the internet.  Although it is not yet complete, it is not the most user-friendly multiplayer systems, but it’s good for anyone who is computer literate and is willing to change some of their own home network settings to get it working.  I remember trying to explain how Netplay works to a friend of mine who knew nothing about Star Control and I summarized it as “Don’t expect anything like Xbox Live”.

Another thing that interested me is the fact that he mentioned Atari’s ownership of the name “Star Control”.  Before Accolade closed down, they owned the rights to the name until they were purchased by Infogrames which was purchased by Atari.  However, this does not mean that a new Star Control game is impossible.  Atari only owns the name but not the content itself.  Toys for Bob own the plot, music, voices, characters, races, etc.  If Atari still holds the rights when Toys for Bob get a chance at that new game, it simply means it cannot be called Star Control.  I once thought about calling it “The Ur-Quan Masters 2”.

G.J. had a nice conclusion, pointing out that anyone who plays this will be hoping for more:

"On the whole, Star Control II is a very cool RPG. Typically we think of RPG games as adventuring across a planet, wielding gun‐blades and finding out that we're either the dream of a dying civilization nightmare, or roaming about a nuclear wasteland looting WalMarts. Star Control II was unique in that it had a galaxy of things to do and a deep, compelling backstory. Although a legitimate sequel seems extremely unlikely, due to a number of rights issues, anyone who plays Star Control II will be hoping for more."
‐ Videolamer.com, "Best Game Ever: Star Control II"

There’s been plenty of discussions towards whether or not Activision will ever say “yes” to a new Star Control.  I have a bunch of my own thoughts about how a new Star Control could be made but most of them are just theories without strong points and I don’t want to speculate at the moment until I get more information.  Hopefully, I’ll find the time to write about them in the future.  The currenty mystery I’m trying to solve is whether or not the formation of Activision-Blizzard will have a significant impact on Toys for Bob and Star Control.

Thanks G.J. for taking the time to write about Star Control II.  I’m glad  to see that there are people out there who continue to give it recognition.