Note: These lyrics are not guaranteed to be accurate as I had a very difficult time understanding the words.  If you can provide a more accurate interpretation, please post a comment.

With our telescoping eyes
Looking upward to the skies
You can't see the things that we can see
Are you reading me?

We’d love to be told

I subscribed to Google Alerts for “Star Control” a few years ago.  From these alerts, I can find new articles related to Star Control.  In addition, there can be spam and even eBay auctions selling a Star Control game.  Throughout the years, I have noticed that I occasionally see an eBay auction of an album from a band called Dollar, containing a song called “Star Control”, which caught my attention.

When I first discovered this, I naturally became curious and tried to find the song.  It wasn’t on YouTube, MySpace or any of those sites. It was quite hard to find. I just never thought much of it. Anyways, I finally found the track and it was something completely unexpected.

I admit I’m not a music expert and that I know very little about the 70s and 80s. 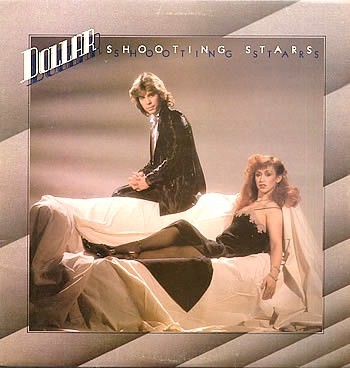 From what I’ve read, this song appeared in Dollar’s first album, Shooting Stars, released September of 1979. This is 11 years before Star Control 1 was released and 4 years before Archon. It was 4 years after Queen released Bohemian Rhapsody.  It was before I was even born!  So this song has nothing to do with the Star Control we all know and love.  Dollar also covered The Beatles song “I Wanna Hold Your Hand”. 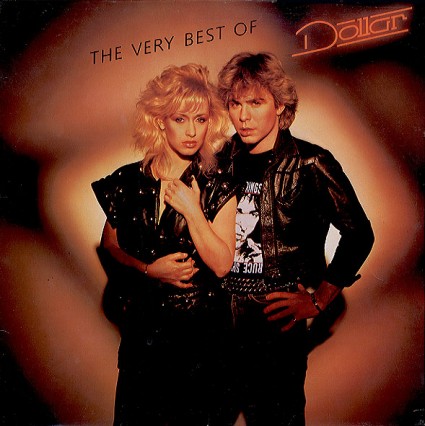 The Very Best of Dollar (1982) - A quick cash-in for WEA records. It contained the same songs as the first album including Star Control, with “I wanna hold your hand” added.  Star Control is on 7 of Dollar’s albums, most of them compilations.

The vocals in this song are heavily distorted to sound more robotic. I’m a fan of electronic artists such as Daft Punk and MSTRKRFT who have used robotic voices in their music.  However, I had a very difficult time understanding the words to this song because of the heavy distortion.  Based on the other songs I have heard from Dollar, this is the only they have which uses this type of distortion.  It does not seem to be a very popular song because it’s hard to find and the lyrics are not listed on Dollar’s website despite their other songs.  I was lucky enough to find a forum thread where people have discussed finding the correct lyrics to this song and it was very helpful in my own attempt.

This song tells the story of either a robot ship or crew member who is stranded in space and contacting Star Control to be rescued.  It has an overall sad expression and maintains a science fiction style to its composition.  It made me think of the Mmrnmhrm because of their robotic nature, not that it it was related.  I thought of “robots” and “Star Control” and Mmrnmhrm popped up in my mind.

I’d like to thank those who posted in the forum about finding the lyrics to this song; without it, this would have been more difficult than it already was.  If there’s anyone out there who was curious about this song, I hope this answers your question about what this song sounds like.  In summary, I think it was an interesting coincidence.  Speaking of coincidences, while Nintendo was designing controllers for the Wii, they had a prototype with a star button on it, dubbed the “Star Controller”.  It was quickly scrapped in favor of the Wii remote, nunchuk and classic controller. :D

EDIT: Made some corrections to the lyrics. Thanks Peter and Unusualsuspex.